Hmmmm, just about 16 hours ago, about 15 minutes before it was time to leave the office for the weekend – that would be 4:45 pm – manager IM’s me asking me to step into his office. Note to self – this is a bad omen – prepare yourself. After some light pleasantries, a couple of moments of banter, him writing 1 or 2 more emails and taking the phone call – all while I’m sitting in his office – he turns to me and says, looking above my head, we’ve decided to part ways with you.

Part ways with me! Are you leaving me? Sounds like a very awkward breakup if you ask me. To paraphrase, it seems like the directions manager gave me last week were incorrect, and the powers that be were not happy with the progress I was making on the items that manager told were not an issue. Manager deflected all responsibility to powers that be. Effective today. Insurance through the rest of the month. No severance. HR will get your PC from you and escort you from the building. By now it 4:55 and most everyone has left. Guess that is good so I won’t make a scene!

Said goodbye to a few remaining souls – two of which were most helpful to me as I tried to learn the company and its direction as quickly as possible – not fast enough, as it turns out.

Packed up my box of stuff, deleted my password manager from my work laptop, signed out of my cloud storage/work area, handed over my super-special, handy-dandy key fob, aka key to the kingdom. And was escorted out. On the way home realized that I left my prized Phillies magnet on the side of my desk. Damn, I gotta go back next week and retrieve it. Along with a termination letter. Realized the last time around that it is necessary to prove that I didn’t quit – for a number of reasons. 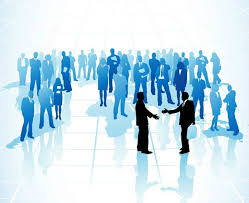 Fell off the wagon last night. Oh well, it WAS a very stressful event. I’ll climb back on today and start again.

Back to my networking with a host of new skills. I am now a strong cold-caller, have tripled the size of my LinkedIn network to 1600+, and have gotten used to a daily commute for the first time in years.

Thanks for listening. I’ll be back.

Thanks for stopping by.
Please come back often, or make it easy on yourself and subscribe to be notified of new stuff.

This site uses Akismet to reduce spam. Learn how your comment data is processed.